In this brief article we are going to discuss the Rear suspension issues that occur in the Ford Fiesta, what causes these failures and some troubleshooting tips.

The Top 3 Most Common problems with the Ford Fiesta Rear Suspension are:

The basic front suspension of the Ford Fiesta has remained unchanged over the past 2 decades. It is a MacPherson Strut with A-arm and Anti-roll bars.

The Rear suspension is a Trailing Twist-axle beam with two rear shock absorbers and Springs. The Twist-axle (yellow arrow in the image below) is designed such that it performs the dual function of carrying the Wheel hubs as well as acting as an Anti-Roll bar. The axle itself twists every time the suspension undergoes roll motion. 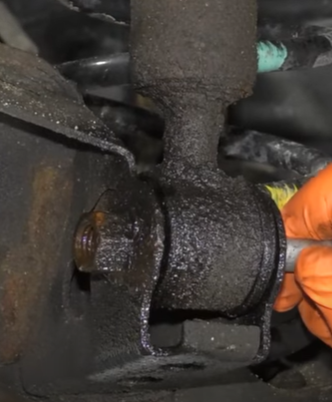 Most shock absorbers are stored lying on their side. So the damper oils may not be completely on either one side of the piston, before starting the operating cycle. Hence, priming is done to make sure that you have all the oil on one side of the piston and ensure correct damping forces when working within the suspension.

In this brief article we have discussed the Rear suspension issues that occur in the Ford Fiesta, what causes these failures and some troubleshooting tips.