In this brief article we are going to discuss the different Nissan Tiida Suspension problems, what the causes are, and Troubleshooting Tips.

Top 5 most common suspension issues in the Nissan Tiida?

The most common suspension issues seen in the Nissan Tiida are:

What suspension does the Nissan Tiida have?

The first generation of Tiida was manufactured from 2004 to 2012. This series was designated C11 and was sold in two versions, a five-door hatchback and four-door sedan. The Tiida was sold in North America under the brand name Nissan Versa.

It is also interesting to note that the Tiida was designed with the basis of the Renault-Nissan B-platform. The Renault Megane in Europe is another vehicle from the same platform.

The Front suspension in the Nissan Tiida is a MacPherson Strut and Lower control Arm with Anti-roll bar. This arrangement is mounted onto the front subframe. 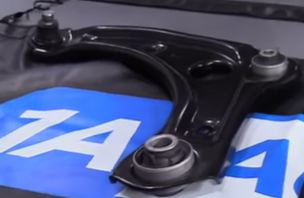 In this brief article we have discussed the different Nissan Tiida Suspension problems, what the causes are, and Troubleshooting Tips.