In this brief article we are going to discuss the different Toyota Land Cruiser KDSS suspension issues, what the causes are, and how these issues can be effectively dealt with.

What does the Toyota Land Cruiser KDSS Suspension do?

Each of the hydraulic lines has an electronically controlled accumulator valve.The actuators act between the ARB and the chassis. When cornering, the vehicle senses the dropping of the wheels on the inner side and signals the accumulator valves to apply hydraulic pressure in such a way as to increase the Roll-resistance of the suspension.

In articulation and uneven roads, in other vehicle suspension systems, the ARB functions mechanically interpreting road undulations for cornering Roll. So it resists the wheel articulations, unwantedly, leading to body roll. It is an uncomfortable experience for occupants who will feel an additional effect of roll over undulations.

But in the KDSS, for rough roads, it senses when the vehicle goes over uneven roads and removes pressure from the actuators, allowing the actuators to freely move up and down, thus diminishing the ARB’s effect in situations where it is not required to resist roll.

In an Articulation situation, the KDSS applies pressure to maximize ARB movement and allow all 4 wheels to contact the ground.

When did Land Cruiser get KDSS?

Which models of Toyota came with KDSS?

What are the Toyota Land Cruiser KDSS Suspension problems?

If you fit an aftermarket suspension ‘Lift-kit’ to raise the suspension height of your KDSS Land cruiser, it sometimes develops a lean to one side or corner. 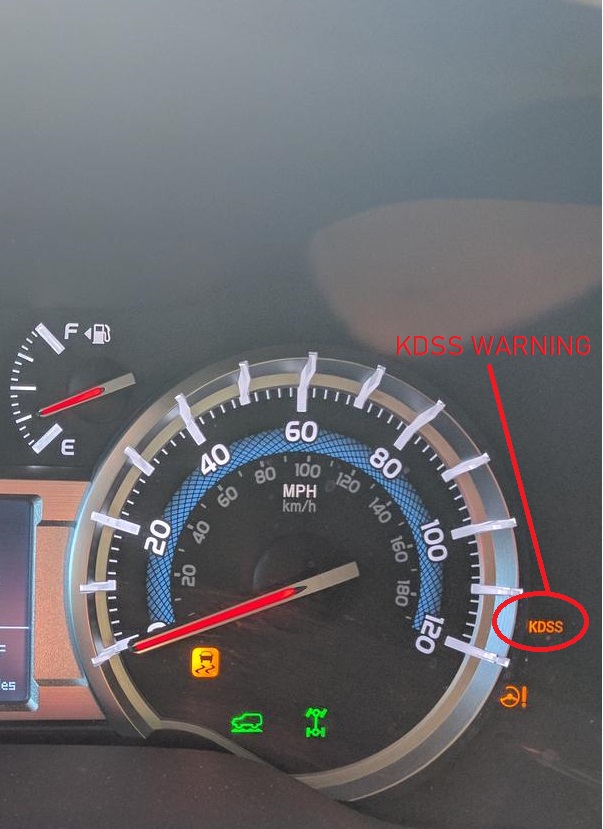 How to Deal With KDSS Suspension System Failure?

How do I reset my KDSS to solve the suspension Lean Problem?

Loosening the valves more than three turns, could allow air into the KDSS hydraulic system, which would require a bleeding procedure to be executed by an expert)

By jacking up the axle higher.

In this brief article we have discussed the different Toyota Land Cruiser KDSS suspension issues, what the causes are, and how these issues can be effectively dealt with.

Yes, the KDSS suspension is quite a clever and intuitive system that provides the right balance between ‘Ride Comfort’ and ‘Handling’. The system is built in such a way as to react and change the suspension roll stiffness to either

Is KDSS worth it in Prado?

The Kakadu Horizon top-of-the-line variant comes with Toyota’s Kinetic Dynamic Suspension System (KDSS) over and above the Kakadu variant.

Other Add-ons in the Kakadu Horizon are

All these extras cost around $5000 extra. It is definitely worth it for the price.