In this brief article, we are going to discuss the different Suspension issues that occur in Volkswagen Jetta cars, what the causes are, and Troubleshooting Tips.

What are the most common Suspension problems with VW Jetta?

What suspension does the Jetta have?

The Jetta front suspension is Macpherson Strut with Anti-Roll Bar.

The Rear set-up is a Torsion beam with coil springs and Dampers. For the Jetta GLI, the rear suspension is an entirely new design 4-link with Trailing Arm, Tie-Rod, Camber Arm and Lower Control Arm. 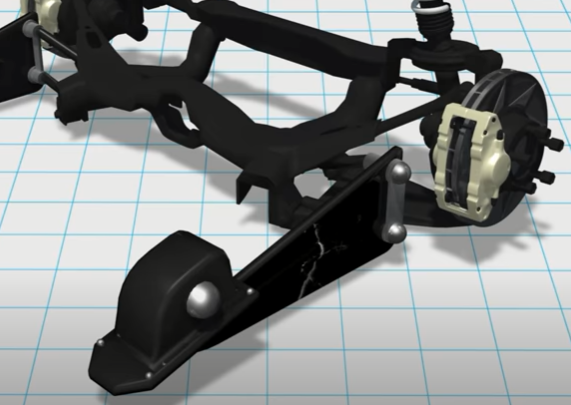 Although a majority of the Jetta’s and Beetle’s of that model period would have received a replacement trailing arm under warranty, some may have been left out.

If your car happened to be among the affected models, it would be highly recommended to check your car’s service history and replace the trailing arm even if it is currently not damaged.

VW Models affected by the 2014 recall were:

The creaking noise, in most cases, originates in the front suspension. SItuations that aggravate this problem are:

The most probable source of this Creaking noise is the forward inner control arm bushing.

Clunking, Popping, Rattling and other noises in Mk 5 Jetta Suspension

Troubleshooting Clunking, Popping and other noises the Jetta Suspension

While driving the car will feel as if it’s wandering a bit and that you need to correct your steering wheel continuously.

The Tie-rod is what connects the wheel spindle to the steering rack. In between the tie-rod and the Wheel spindle is a ball-joint on each side. If the ball-joints are worn out then they will have a lot of play. Because of this the steering becomes less accurate.

Shock absorbers wear out over time and lose their vibration dampening action, thus resulting in a more bouncy suspension.

In this brief article we have discussed the different Suspension issues that occur in Volkswagen Jetta cars, what the causes are, and their Troubleshooting Tips.