In this brief article we are going to discuss the different Honda Odyssey Suspension problems, what the causes are, and Troubleshooting Tips.

Top 6 most common suspension issues in the Honda Fit?

The most common suspension issues seen in the Honda Odyssey are:

What suspension does the Honda Odyssey have?

The First generation Honda Odyssey had a Front suspension consisting of a Double wishbone with Coil-over shock absorber struts. This arrangement is mounted onto the front subframe.

The Second Generation had some improvements, wherein the front suspension was still a MacPherson Strut set-up.

The Honda Odyssey has a 4-Link rear suspension with Coil springs and Shock absorber but no Rear anti-roll bar. The rear suspension has a Trailing Arm, Lower Arm, Toe Link and Camber Link connecting the wheel to the Rear Subframe via rubber bushings. The Trailing arm acts as 2 links since it is rigidly bolted to the wheel spindle at 2 points. 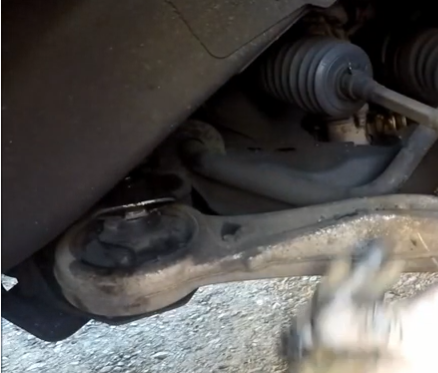 In this brief article we have discussed the different Honda Odyssey Suspension problems, what the causes are, and Troubleshooting Tips.